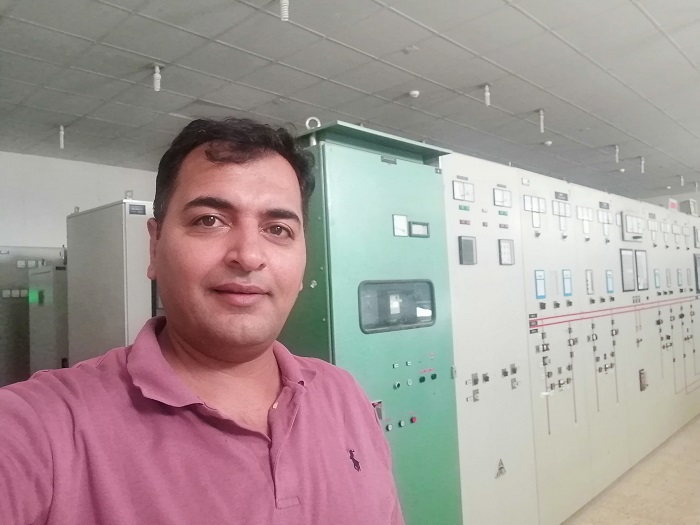 The reverse busbar protection is a cost-effective solution for the accelerated clearance of busbar faults in distribution systems. It can only be applied on single busbars with a fixed direction of power flow and fault current flow. In picture 3, a typical application is shown.

For example, a feeder relay (or many feeder relays with a blocking signal connected in parallel) designated as LHBB-block provides a blocking input signal via binary input to the incoming bay relay. This signal is routed to the user-defined single-point annunciation in the matrix (picture 1), binary input 20. Similarly, the second feeder relay (or second group of relays) designated as RHBB-block is/are allocated to binary input 21. Two new user-defined single-point annunciations, which have to be connected to the binary inputs must be generated. These signals (in picture 1) are called LHBB-Block and RHBBBlock. These signals must be routed with the destination CFC so that they will be available inside the CFC charts. In the CFC chart, the LHBB-Block and RHBB-Block signals are connected via OR-gate. The output of the OR gate triggers a timer that restricts the blocking signal to one second. This is achieved by applying the timer output via a negator to an AND gate (AND gate 4 in picture 2). The timer output will change from 0 to 1 one second after the OR gate output changes to 1.

At this point, the second input of AND gate 4 will change to 0, thereby removing the blocking signal routed from OR gate one via the AND gate to the right-hand margin. As shown in picture 2, the blocking signal from the CFC chart is derived from the AND gate output and is routed to the signals 1721 >Block 50-2. and 1724 >Block 50N-2. Please note that the gates must be executed in the correct sequence, i.e. sequences 10 to 13 as shown in picture 2. The sequence of execution may commence with a different
number, depending on other logic located in the same execution layer, PLC_BEARB). The OR gates must be first in the sequence, followed by the timer, negator, and AND gate in turn. 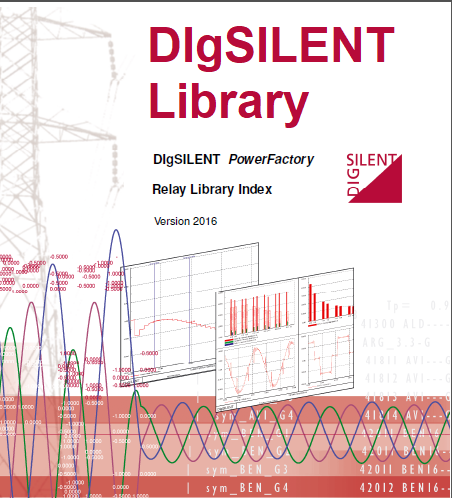 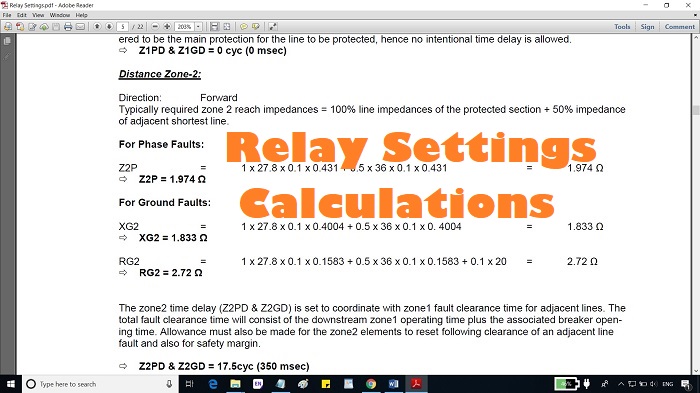 This technical report refers to the electrical protection of all 132kV switchgear. These settings may be reevaluated during the commissioning, according to actual and measured values. Protection selectivity is partly considered in this report and could be also re-evaluated. Names of parameters in this calculation may differ from those in the appropriate device.

Technical Data of the Lines

Technical Data of the Power Transformers 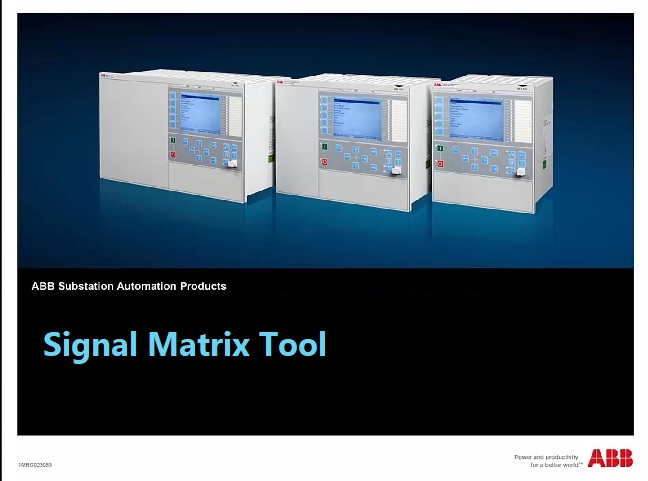 5. You can change the user-defined for particular selected inputs/output of type binary/analog by clicking on properties and changing the name.

6. Map some goose receive signals by double click, create a connection between selected columns and rows.

9. Try to find some signal using find. Find will Highlight the signal where it is.

10. Double click on a particular group of items in any rows or columns to hide or show.

12. You can see a Glue logic inverter created because of mapping “I” in the signal matrix.

These pictures are part of our supplementary files for ABB PCM 600 training that is mixed with Oral explanations to help you understand this course. These auxiliary files have been gathered and attached to our ABB PCM600 training course, you can get more information by 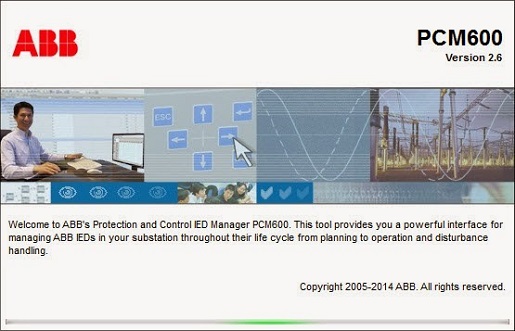 3. Click Continue to migrate. Undo is not possible in between or end of the migration. The old configuration will be backed up in the path…\PCMDataBases|PCMBackup

4. migration details will popup showing what are the changes that will be made in the migration process like function or hardware version/reversion changes or removed or not available.

8. Migration report will tell u, Worksheet Name, Type, Name, and what happened during migration u can save this report by clicking on the save icon for further reference.

9. open the Migration Report which is saved as a PDF

These pictures are part of our supplementary files for ABB PCM 600 training that is mix with Oral explanations to help you in the best way of understanding this course. These auxiliary files have been gathered and attached to our ABB PCM600 training course, you can get more information by 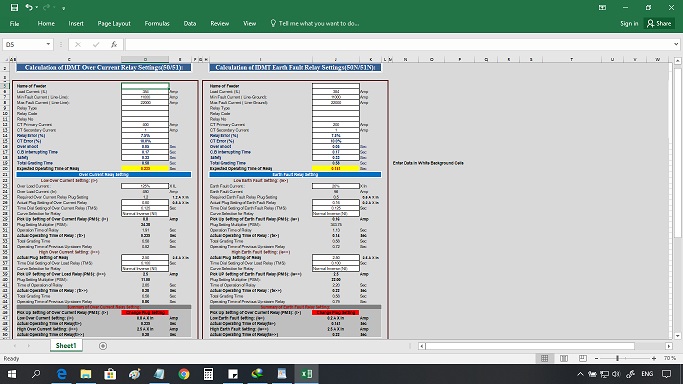 With the help of these spreadsheets below, you can make your endless calculations much easier!

Transformers and Generators are classified as voltage sources. They are mainly, protected by an overcurrent + earth fault relay usually installed in the breaker panel. It should be noted that this protection is not enough alone.

Consequently, to detect internal earth faults a separate scheme is necessary. This scheme is called Restricted Earth Fault (REF). It should be noted that the fault currents in Zone A are limited by the impedance of the equipment in the zone – for transformers and generators it is very low – the fault currents can rise very fast and damage the equipment. So, REF protection is of utmost importance for generators and transformers.

Reason to call it Restricted E/F?

An overcurrent relay is for measuring the difference in the sum of these currents. Fig. 2 shows a typical REF scheme is shown. The REF relay is connected between P & S. It will pick up if there is enough voltage across P-S to drive the pickup current through the relay.

There are two current sources in the CT secondary circuit PQRSTU:

In case that an earth fault within zone A, the currents of X & Y CTs will not be equal, small difference in current will flow in the branch P-S. This current will result in a voltage across P-S – since the current flows through the relay impedance. If this voltage is suited to operate the relay, the relay will pick up – thus detecting a fault within the zone.

What if a fault occurs outside the zone?

For a fault outside the zone, the currents through CTs X & Y will be the same the resultant current through P-S will still be zero and the relay will not pick up. In this case, the fault has to be cleared by another O/C + E/F relay connected near the breaker.

The reason for needing a Stabilizing resistor required in the REF scheme?

It is mentioned in sections 3 & 4 that the REF relay will detect a fault within a zone restricted between two CTs and it will not detect a fault outside the zone defined by the CTs. This is true, only for ideal conditions- where the two CTs are entirely matched. Following mismatches will occur under practical situations in the field:

The cumulative effect of all the above can make the relay trip even when there is a full load current flowing in the primaries – through the primary side currents are the same, the secondary side currents need not be the same – a voltage sufficient to trip the REF relay may develop across P-S and hence the relay will trip.

It should be noted that the actual input circuit to the trip mechanism (consisting of the relay + stabilizing resistor) has become a high impedance circuit. If the relay has to trip, the CT secondaries should produce sufficiently high enough voltage to activate the relay, after allowing for the drop across the stabilizing resistor.

To ensure the CTs produce enough voltage, an additional specification the Knee point voltage – is included for the CTs used for REF protection.

Knee point voltage (KPV)is defined as the point on the magnetizing curve (of the material used for the CT core) where the core will need a 50% increase in the magnetizing force (ampere-turns) to cause a 10% increase in the flux density. (voltage build-up across secondary). In effect, KPV defines the end of the linear portion of the BH curve. The higher the KPV, the larger the linear zone and the better will be secondary output for higher fault currents. The higher the KPV, the better the chances of a high-impedance relay trip.

Way of calculating the value of the stabilizing resistor and KPV?

The value of the stabilizing resistor and KPV will depend on the following parameters which are unique to a given feeder:

What are L&T solutions for REF protections?

L&T manufactures a high impedance Overcurrent relay which is ideally suited for the REF protection of generators and transformers. Typical schemes are shown in figure 3 and figure 4.

L&T offers a unique feature in the REF relay SC14S – in addition to the instantaneous trip, the user can select a definite time delay of either 100 milliseconds or 200 milliseconds. In the case of small transformers & generators ( up to 5 MVA), the feeder trips during breaker closing. This mainly is due to the large inrush current causing a momentary difference in CT secondary currents due to a mismatch in saturation characteristics. A 100-millisecond time delay will help in this case.

Figure 3 shows a typical scheme for REF protection for generators. The scheme envisages the following;

The below figure shows a typical scheme for REF protection for transformers. It should be noted that transformers will need two REF schemes – one on the primary side and the other on the secondary side.

For the transformer’s primary side, which is usually delta connected, the following are envisaged in the REF scheme:

For the transformer’s secondary side, which is usually star connected, the following are envisaged in the REF scheme:

How to test an electric motor?

There are three-terminal connections on a hermetically sealed motor compressor which are as follows: Common (C), Start (S), and Run (R). To identify the correct terminal connection the following procedure applies: 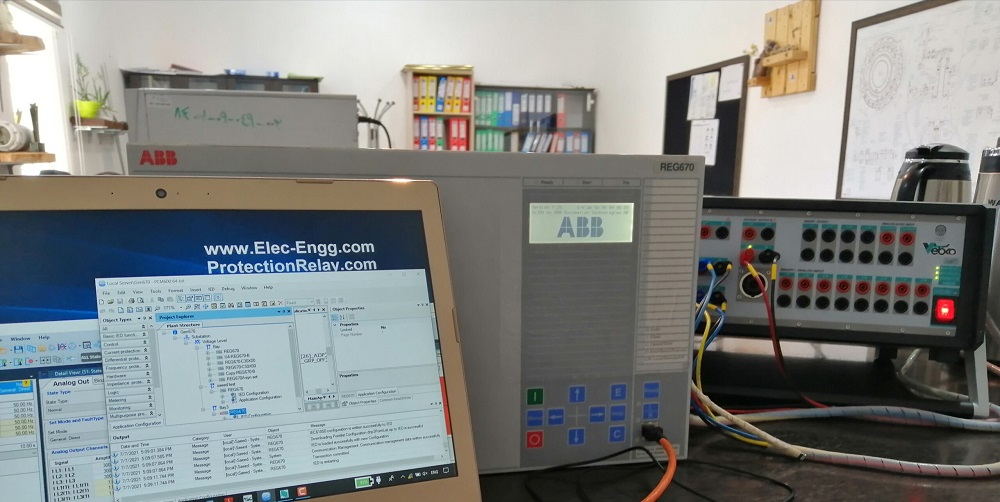 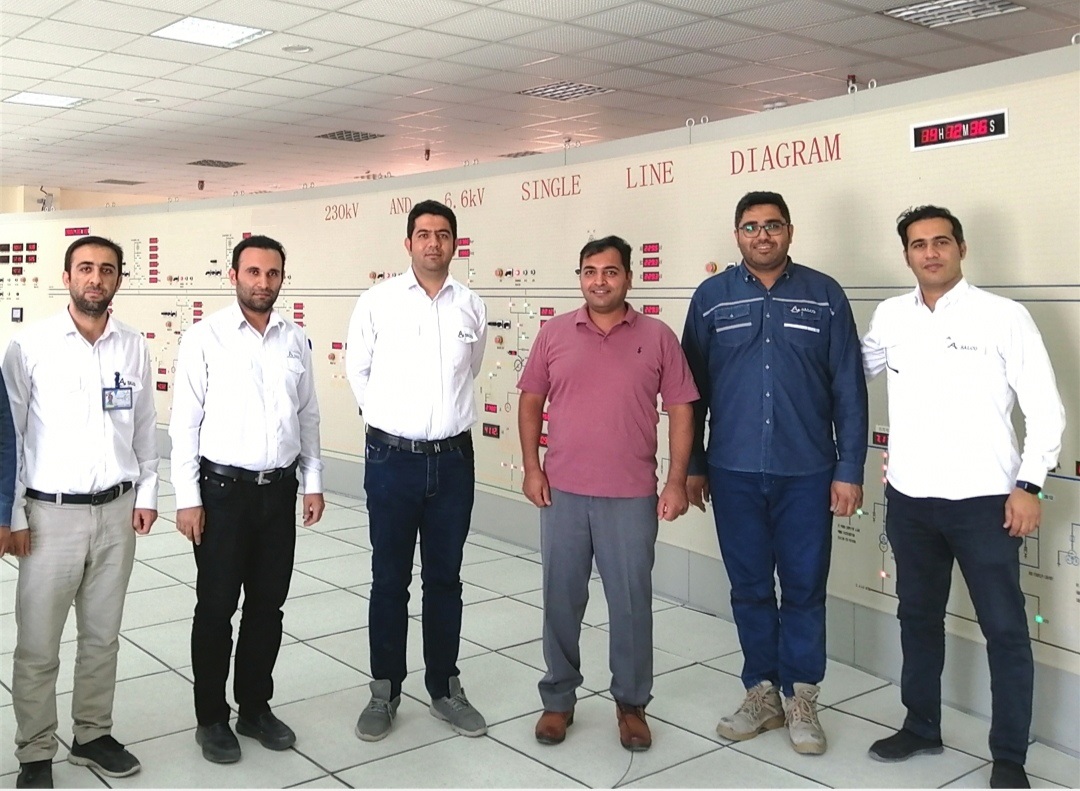 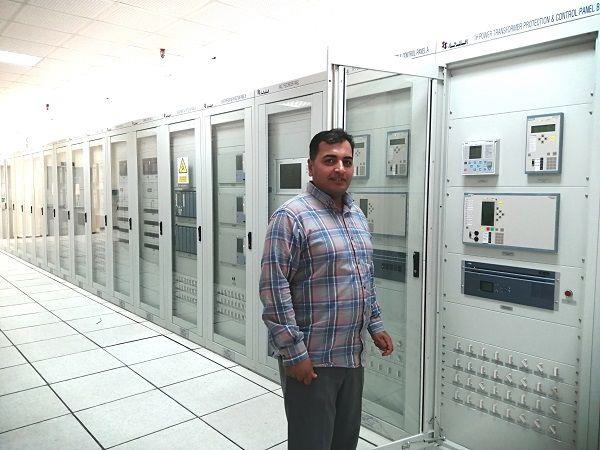